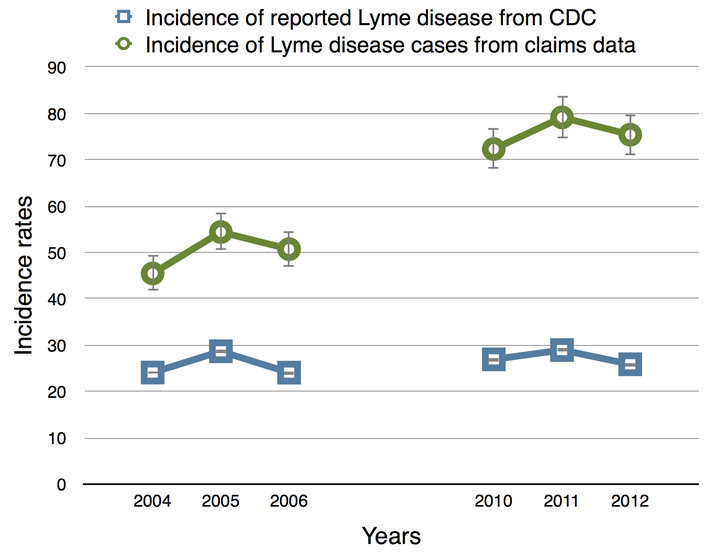 Objective: Lyme disease (LD) is the most commonly reported tick-borne illness in North America. To improve LD surveillance, we explored claims data as an adjunct data source for monitoring trends in Lyme disease incidence. Methods: We retrospectively analyzed claims from a nationwide US health insurance plan, identifying patients with newly diagnosed LD in 13 high-prevalence states over two time periods, 2004-2006 and 2010-2012. Results: The average LD case incidence as estimated by using claims data in 2010-2012 (75.67 per 100,000 person-years, n = 3474) was 1.50 times higher than 2004-2006 (50.25 per 100,000 person-years, n = 1965) (p < 0.001) and higher than incidence reported by the states to the Centers for Disease Control and Prevention. Among the 13 highest-prevalence states, there were 11 states with increased LD incidence over time. Conclusions: Surveillance systems should explore a fusion of data sources, including payer claims that appear to be highly sensitive with limitations, with electronic laboratory data that afford high specificity, but appear to miss cases.